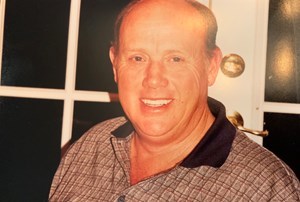 Glenn Lewis Church, 71, of Cocoa, FL passed away at home on February 12, 2020. Glenn was born in Whittier, CA and moved to Orcas Island, WA at the age of 14 when his parents purchased Bartel’s Resort. Glenn grew up working alongside his parents until he forged his own path and moved to the mainland attending Skagit College. He returned to the island to work at Bartel’s and eventually formed Crown Construction with his childhood best friend on adjacent Blakely Island. During this part of his life, Glenn met and married the love of his life, Anne. Together they took a leap of faith, sold everything they owned, bought a KOA campground and moved to Amarillo, TX. Eventually, they sold this award winning business and went to work for KOA corporate touring the country as Field Service and Business Development Reps helping other KOA owners build their businesses. Ever tireless and eager for adventure, Glenn and Anne settled in Granbury, TX, Pecan Plantation. Once again, they began a custom home construction business from which they retired. Retirement brought them to Cocoa, FL to care for aging relatives where they settled into the Lost Lakes community and found their final home. Glenn’s inability to sit still kept him very active in the Masonic Lodge and the Shriners where he found so much enjoyment driving children to and from the Shriners Hospital in Tampa, Fl. Glenn’s lifelong love of all things mechanical, construction, and genuine desire to help others kept him busy and available to all. Glenn’s warmth and infectious smile ensured that he was loved by all and will be dearly missed.

Glenn was proceeded in death by his mother and father, Dave and Roxie Church and his son Ralph Qualls.