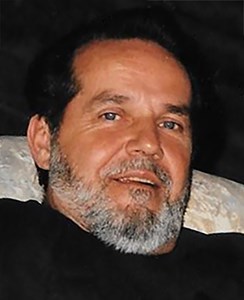 Louis J. DiChiara, 75, of Orlando, passed away on February 14, 2020 at his residence in Orlando. He was the loving husband of Maribel DiChiara.

Louis provided for his family through various professions leading to the family’s move to Florida, where they settled in 1989. Louis and Maribel spent the next 30 years expanding and enjoying their time as grandparents to nine grandchildren. Louis’ interests included challenging word puzzles, watching Wheel of Fortune, and Turner Classics Movies. He also enjoyed scratch off tickets and lotto.

Louis was an endless well of knowledge, both silly and informative, as well as the keeper of great stories and events of our family. He was a tough guy with a soft heart.

He was preceded in death by his parents, and his sister, Rosaleen Adorno.

A Mass of Christian Burial will be celebrated on Thursday, February 20, 2020 at 11:00 am at Blessed Trinity Catholic Church, 4545 Anderson Rd, Orlando, with Fr. William Slight officiating.

Military funeral honors will be rendered immediately following the Mass.

Visitation with the family will be on Wednesday, February 19 at Newcomer Funeral Home – East Orlando Chapel, 895 S. Goldenrod Rd, Orlando from 5:00 pm to 9:00 pm.