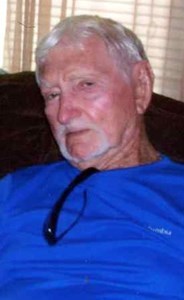 Baker was a lifelong Central Florida resident. In his early years, Baker joined the Navy and was in combat in WWII. He returned home and began working as a mason. Baker built houses all over Central Florida. He not only took great pride in his work, but also relished in his love of the outdoors. He shared this love with his family and many close friends. He enjoyed hunting and fishing, and often took trips all over the mid west and Alaska in pursuit of the hunt. Baker also had a passion for animals. He raised Grand Champion American Pit Bulldogs as well as Prize Winning Steers. Baker could handle a horse, and he was good with a gun. He was our hero, one of a kind, and the last of a dying breed.