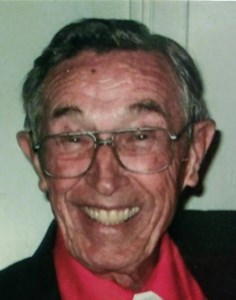 Edward Novitsky, 90, of Orlando, passed away on January 8, 2020 at his home in Orlando. He was the loving husband of the late Virginia Lee (Arends) Novitsky.

Edward was born on December 24, 1929 to Thomas and Edna (Kaminsky) Novitsky in Mt. Carmel, PA. On November 11, 1950, he married Virginia Arends, to whom he was married to for 68 years until her death in May 2019. Edward honorably and proudly served his country for 30 years as a member of the United States Air Force. He achieved the rank of Chief Master Sergeant, the highest rank for a non-commissioned officer. Over the course of his service, his duties included assignments at Randolph Air Base in Texas, and Hickam Air Force Base in Hawaii, where he was the non-commissioned officer in charge of officer promotions and assignments. He also was the Sergeant Major of Don Muang Air Force Base in Thailand and Patrick Air Force Base in Florida. Later, he worked for the United Postal Service for 16 years before his retirement.

Edward was a member of the Elks Lodge 1079 for 40 years where he and Virginia loved to go and visit with their fellow Elks and Does and dance.

Edward is survived by his daughter, Catherine Ramsey and her husband, Melvin, of Orlando; his grandson Edward Guy Ramsey and his wife, Katherine, of Orlando; and his great-grandson, Coty Lee Ramsey of Orlando.

In lieu of flowers, contributions in Edwards's memory may be made to The Russell Home for Atypical Children, 510 Holden Ave, Orlando, FL 32839