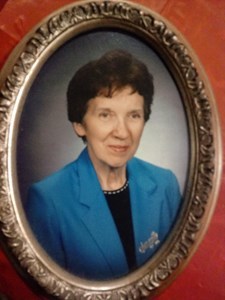 She was born Jan 7, 1935, in Rockford, IL, the daughter of George and Fannie Schmalz. Ruth graduated from North Central Bible Institute in 1955 and from Swedish American Hospital School of Nursing in 1958. She married Truman Daniel “Dan” VanLuven in Rockford, IL on Nov 22, 1958. Then they moved to So.St. Paul, MN where Dan was a youth pastor. Ruth earned a bachelor of science in nursing education from the University of Minnesota in 1961. In 1962, they moved to Rutland, VT. Mrs. VanLuven taught nursing at Castleton State College before dedicating her life to being a full time mother and pastor’s wife. She mentored young wives and mothers and counseled countless other women. Ruth dedicated her life to spreading Christ’s love to others by her example of unconditional love. Known for her hospitality (especially her pot roast meals) despite the fact she claimed she did not like to cook. She had an amazing green thumb, counting them before leaving to go on vacation so the person coming in to water them wouldn’t miss a plant. Ruth was a member of Roadside Chapel Assembly of God church for 42 years before relocating to Orlando, FL in 2005 and becoming a member of Faith Assembly.

She was predeceased by her parents and brother, Ken.

Family would appreciate if you wear a shade of purple to Ruth's service as this was her favorite color.