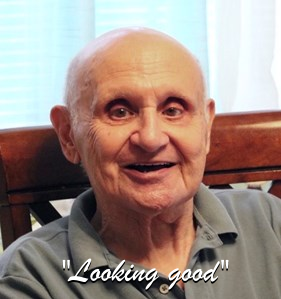 James was born in Manhattan, New York which he made his playground – riding homemade scooters through the streets, having kite fights with neighborhood kids and playing stickball. He went to a specialized high school to learn tailoring (so he could meet girls, he said) and eventually enlisted in the military. There, he was trained as a drill sergeant. While on leave from the army, he met Margaret, a teletype operator from the Bronx, on a blind date. Two weeks later, they were engaged. They married after saving money for months. He was 19, she was 20.

In 1950, he was unexpectedly deployed to Korea, where he was a paratrooper, serving on the front lines. When he returned, he and his wife moved to Long Island to provide a better life for their family. Both Margaret and James found work with the State of New York. James worked nights and Margaret, days, tag-teaming to raise their children. For extra money, James also refinished hardwood floors and sold Little Neck clams he caught himself. James and Margaret became known for the blow-out pool parties they hosted almost every weekend. Friends would drive out from the city for the music, dancing and delicious rice and chicken.

After retirement from their jobs with New York State, James and Margaret moved to Florida, relishing their time as full time grandparents to their four grandchildren living in Florida.

Margaret and James also spent a lot of their time exploring Florida through long drives touring the sights. James also resumed boating and took up scuba diving. They became involved in their local chapter of the AARP, serving in various leadership roles. For their 50th anniversary, they traveled to England, Scotland, and Spain, where they visited the town of Carmona. Above all, they looked for any excuse to dance. James and Margaret were happily married for 70 years, a fact James loved to brag about often.

James was immensely proud of his family and made sure they knew that. He is survived by wife, two sons, daughter and seven grandchildren and five great grandchildren. Services are being handled by Newcomer Funeral Home in Longwood, Florida. In lieu of flowers, James has requested donations to St. Jude's Children's Hospital.