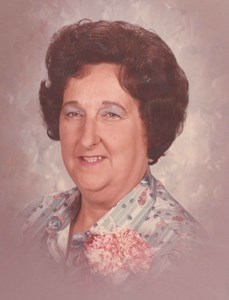 A native of Havaco, WV, and came to Titusville a wife, homemaker and mother. She was very active as a volunteer and once her children were grown became the Director for the American Red Cross, North Brevard Service Center, where she assisted many of our citizens through natural disasters and was instrumental in assisting many service men and women in returning home when tragedy struck their family. She served the American Red Cross for 20 years, retiring in 1996. She also participated and assisted with the Titusville Centennial and was a member of the Beta Sigma Phi. She liked to do crossword puzzles and bingo. Betty was a member of the Transformation Church of God.