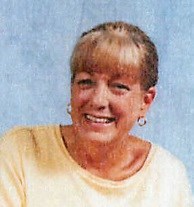 Linda C Mauer, age 74, of Titusville, Florida passed away on Friday, November 9, 2018 at her home with her family present.

She had only recently moved here to the Titusville area earlier this year, from Handover, Ohio. She had retired after 30 years as a Final Inspector for the Ferry Cap and Set Screw manufacturing company. I her spare time she enjoyed painting, both with oil and water color; quilting, sewing, and spending as much time as possible with her family.