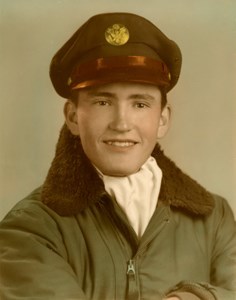 Richard David Paton, age 88, of Orlando, Florida passed away on Wednesday, November 7, 2018. He was the widower of the late Irene Paton.

Dick, as he was known as, was born on February 2, 1930, in Port Huron, Michigan, the only child of the late David C. and Olive M. (Baisley) Paton. His mother passed away a few days after his birth. On October 24, 1953, he married the love of his life, Irene Fintak. They were married for 43 wonderful years, until her death in 1997.

Dick's life centered around his family. He was always a provider for his family, often working two or more jobs. He was always available to lend a helping hand to family and friends. He was a beloved Dad, Grandpa, Uncle, and "G-Pa" to his great grandchildren who adored him. He enjoyed being on the water fishing, even though he couldn't swim! He also loved to travel. In the military, he traveled the globe and in his retirement years he motor-homed around the country.

A private family burial will took place on Monday, November 12, 2018.