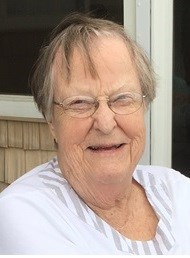 Olive Livingston Wing, aged 95, died peacefully on August 1, 2018 at the home of her daughter, Sarah Wing Stoddard, in Orlando, Florida. Olive, known to her friends as “Livy,” was born May 26, 1923 in Almond, Wisconsin, the daughter of Ralph and Ada Livingston.

Livy graduated nursing school and served as an Army nurse during World War II. She married Dr. Breckenridge (Breck) Wilmer Wing on September 1, 1946. They moved to Florida in 1950, where they raised five children: Peggy, Robert, Barbara, Beth, and Sarah. In retirement, she and Breck shared many adventures while traveling the world.

She will be dearly missed by her surviving children: Peggy Bedford, Barbara Wing, Beth Hooker, and Sarah Stoddard; her Austrian “daughter” Lisa Arleth Koenig; as well as a large and loving family and many friends.

There will be a memorial service at St. Luke’s Episcopal church in Orlando, Florida at a date to be determined.

In lieu of flowers, the family asks that memorial donations be made to the charity of your choice.