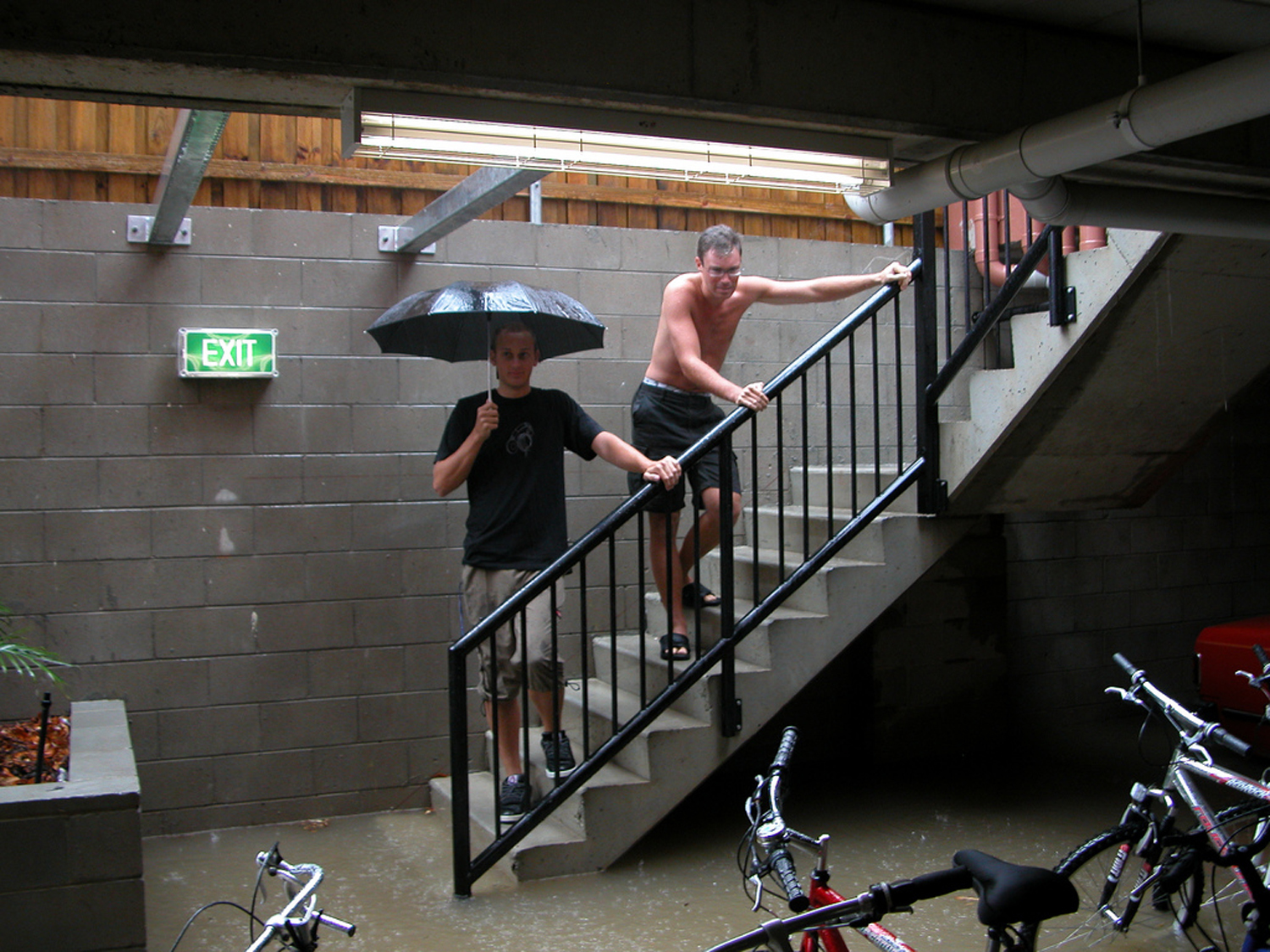 It is best to think of flood insurance needs before a catastrophe arrives.   Jesse Wagstaff / Flickr

The fight over the National Flood Insurance Program (NFIP) will come down to the wire as U.S. senators head into the weekend wrangling over an extension with a Tuesday deadline looming.

The federal flood insurance program appears destined for another temporary extension, this time for four months through November 30, after Senate Majority Leader Mitch McConnell announced Thursday he'd force a vote on it early next week.

The U.S. House of Representatives overwhelmingly passed the four-month extension – authored by Louisiana's Steve Scalise, the GOP majority whip – on Wednesday by a vote of 366 to 52.

"We wanted to send a message to the Senate that this bill has to pass and has to pass now," Scalise told The Advocate Wednesday evening. "I was committed to making sure we renewed this program through the rest of this hurricane season."

It would be the seventh short-term extension for the NFIP since the program came up for periodic renewal last September. The NFIP underwrites most flood coverage in the country.

The series of short reprieves for the NFIP point to bitter underlying divides on Capitol Hill over the future of the program, which is saddled with $20 billion of debt but provides essential coverage to hundreds of thousands of households.

The NFIP's financial woes began with Hurricane Katrina in 2005 but have worsened over the past five years. Hurricane Sandy in 2012, the Louisiana floods in 2016 and Hurricanes Harvey, Irma and Maria last year all caused billions of dollars of damage to policyholders, deepening the red ink.

A group of fiscal hawks have sought an overhaul that would hike rates on many high-risk homeowners (including those in low-lying south Louisiana) in order to shore up the program's finances and reflect the risk of future payouts.

Those reforms could hit some vulnerable Louisiana communities particularly hard, where homeowners could face skyrocketing rates or end up denied coverage. That in turn would drive down home values and make it difficult to build new homes in some areas.

Coastal lawmakers have fought to keep affordable premiums for residents in at-risk areas, including through subsidized below-risk rates. They've also sought more investment in flood-prevention efforts and looked for ways to bring more premium-paying policyholders into the program to spread out risk.

The NFIP will lapse at midnight Tuesday if senators can't agree on an extension. A handful of conservative Republicans appear ready to use the deadline as leverage to extract concessions from coastal lawmakers.

Although the vast majority of senators support another short-term extension – all but ensuring Scalise's four-month extension of the program will pass the Senate at some point next week – the short timeline means any single senator could use procedural delays to force a brief lapse of the program.

NFIP policies would remain in effect during a lapse and the NFIP would cover claims if a storm struck. But insurance agents couldn't issue new policies and expiring policies wouldn't be renewed.

That would leave housing markets in flood-prone areas in the lurch. Flood coverage on a home is required for any federally backed mortgage in a high-risk flood zone, meaning a lapse would effectively halt most new home sales in those areas.

Three GOP senators have privately expressed objections, according to a source with knowledge of the negotiations, though it wasn't clear if they'd publicly take to the Senate floor and force a showdown.

House Financial Services Chairman Jeb Hensarling, R-Texas, has been a sharp critic of the NFIP for years and has led efforts to cut back subsidies, raise below-risk premiums and scale back coverage for properties that repeatedly flood.

Hensarling has long complained the program incentivizes development in flood plains and stuck with his convictions even after parts of his Houston-area congressional district were struck by Hurricane Harvey last year. The House passed Hensarling's flood insurance overhaul in December after the chairman struck a deal with Scalise to soften (though not eliminate) a number of its provisions.

The Senate hasn't considered Hensarling's bill, which is seen as having little chance of passage. The Wall Street Journal's editorial board, meanwhile, took a shot at Scalise for quietly working to prevent it from becoming law.

Hensarling, who's retiring at the end of the year, voted against Scalise's four-month extension and pleaded with his colleagues to reject the extension in an effort to force concessions.

"I've made it clear to (the Senate) I don't support a reauthorization without some minimal reforms," Hensarling said. "Enough is enough."

Rep. Garret Graves, R-Baton Rouge, struck back at Hensarling and other critics of the program in an impassioned floor speech on Wednesday. Graves argued the reforms being pushed by Hensarling would shrink the program but wouldn't make it solvent.

"We need to (…) look where we can protect areas and where that's the most cost-effective solution," said Garret Graves, R-Baton Rouge, "and not tell everyone, 'You're out of your house' or 'We're going to charge you unaffordable rates.'"

"I've done everything I can to try to convince them," Kennedy told reporters on Monday. "Including, but not limited to, kissing a part of their anatomy."

But Kennedy and fellow Republican Senator Bill Cassidy made it clear they're not interested in making any concessions on changes to the program to avoid a temporary lapse.

"I'd rather have a one- or two-day lapse and get a better product than have something which I just think is bad policy," said Cassidy, who has written his own flood-insurance overhaul proposal with New York Democratic Sen. Kirsten Gillibrand. "I've had a lot of conversations with one senator in particular on these issues, but I just don't think the trade of no lapse in exchange for lousy policy is a good trade."

Kennedy, Scalise and other Louisiana lawmakers expressed hope they'd be able to hammer out a broader deal on a flood-insurance overhaul in the next four months. They and other coastal lawmakers have been pushing for more investment in risk mapping and flood-prevention projects in an overhaul.

They've also pushed for a number of policyholder-friendly changes to the NFIP's claims procedures, which have repeatedly caused headaches and agony for flood victims.